SHH! Listen. I have a book I want to share. It’s Shh! We Have a Plan by Chris Haughton (Walker Books 2014). But first I need to talk about Spice Girls to explain why I have picked this book as the book of this month.

This week I went to see the Spice Girls’ reunion tour at the Wembley Stadium and it was great! Spice Girls were a big part of my adolescence so I felt like a teenager again. However, it wasn’t perfect. Something was missing. Posh Spice.

You might shake your head in incomprehension, but Victoria Beckham aka Posh Spice was my favourite spice. She still is. I have a Posh barbie doll to prove it.

The last week, I found myself geeking out at Spice World the Movie sing-a-long-a at Prince Charles Cinema in preparation for the concert. It was a fun night but it was ruined by a couple of drunken alpha males who booed and even shouted C-word at the screen every time Posh appeared. They clearly thought it was a funny thing to do but it just made my blood boiling. I’m very much aware that Posh was the least popular one in the gang. People said she was the least talented one and no girl wanted to be the snobbish spice with cold stare. I get that, but what I don’t understand is why people are particularly so harsh on Posh (despite the fact she got most of the best lines and was undeniably the funniest one in the film!). And it made me wonder why the attack on Posh made me so angry.

When I was young, I couldn’t explain why I liked Posh, but now I think I know why. I liked her because I can relate to her most. All the Spice Girls were extraverts (wild Scary, bubbly Baby, outspoken Ginger and laddish Sporty) except Posh. Most of time she just pouted and minded her own business. She was the kind of person who gets pushed aside and her voice (literally) fades into background. But she was also a woman of standard and she was unashamed of it. It separated, even isolated, her from the others. She didn’t seem to care if she was liked or not though. And that’s the quality I admired about her.

I’m introvert. I’m soft spoken and terrified of public speech. I often find myself feeling awkward at work where most of my colleagues are extraverts or in any big group situations. Sometime I feel pressured to be extravert or I wish I was one of them. The feeling of inferiority definitely contributed to the failing of my last relationship. In her book Quiet: The Power of Introverts in a World That Can’t Stop Talking, Susan Cain writes we now live in a “Culture of Personality” where extraverts, who are outspoken, charismatic and natural team leaders, are highly valued, as opposed to a “Culture of Character” where being modest, serious and quiet was valued. In the Culture of Personality, shyness, sensitivity and seriousness are often seen as being negative. Introverts feel reproached for being the way they are. It really sucks. Probably that’s why I took the insults against Posh personally.

Cain argues that in the Culture of Personality many of our most important institutions – our schools and our workplaces – are increasingly designed to produce extraverts and in favour of extraverts. However, Some researches suggests solitude is an important key to creativity. Cain points out that some of the world’s most talented people are introverts, particularly in creative sectors (artists, musicians, inventors etc) because introverts tend to be deep thinkers and good observers. Take Victoria Beckham as an example. She has built her fashion empire and become the UK entrepreneur of 2014. 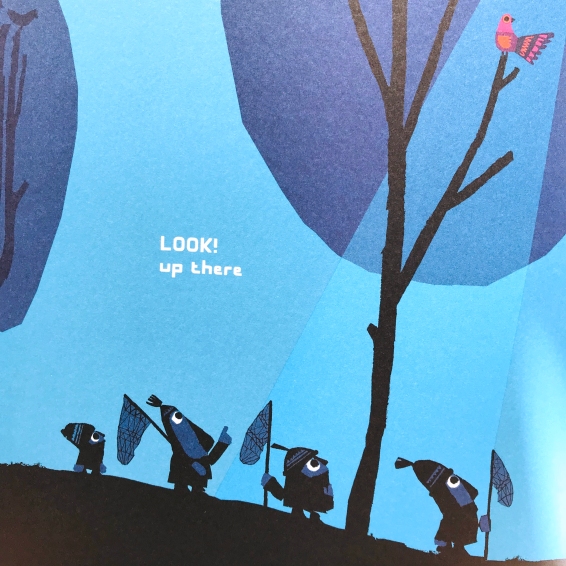 Don’t get me wrong. I’m not saying introverts are better than extraverts. Both temperaments have pros and cons. But, because our society favours extraverts and at least a third of us are on the introverted side, we need to tell children (and grownups) that it’s OK – actually good – to be introvert. Some research suggest introverts also tend to be more empathetic to others. This is why I want to share Shh! We Have a Plan. It’s an epitome of what Cain tries to say in her book. 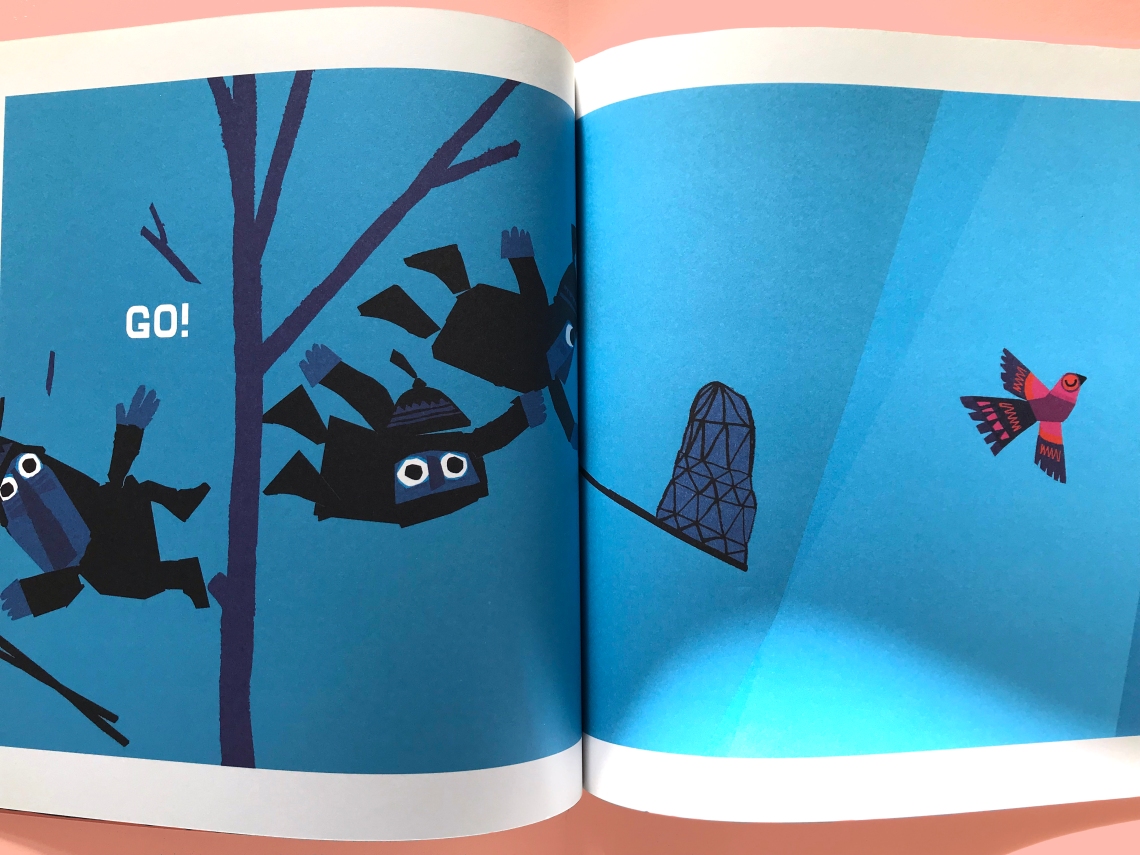 In Shh!, four friends, three big and one little, are out for a walk. Suddenly, they spot a beautiful bird and try to catch it. The little says “Hello, birdy,” but the big three dismiss him – “SHH! We have a plan.” They tip-toe, tip-toe very slowly, nets poised – “Ready one … ready two … ready three … GO!” Soon you will find their elaborate scam after another don’t work and the beautiful bird blissfully escapes each time.

However, it’s the littlest one, a quiet observer, who came up with the brilliant plan that works. He lures the bird not with force but handful of breadcrumbs. This exemplifies how an introvert observes and comes up with an unique solution. This is a wonderful observation of extravert (‘just do it’) vs introvert (‘look before you leap’) situation. The story is hilarious and very satisfying. The texts are effectively minimalist and the repetitions are for sure to please young readers. And Chris Haughton‘s bold and beautifully coloured illustration are pure delight (read more about how he created the illustration here).

Another wonderful picture book featuring an introvert is Rosie Revere, Engineer by Andrea Beaty, illustrated by David Roberts (Abrams Books for Young Readers 2013). We need more books like these (and Posh Spice).