The fifth of May in Japan is Children’s Day, a day to respect children’s personalities and to celebrate their health and happiness. So this month’s picture book pick is a celebration of individuality – Odd Bods written by Steven Butler and illustrated by Jarvis (Puffin 2016). 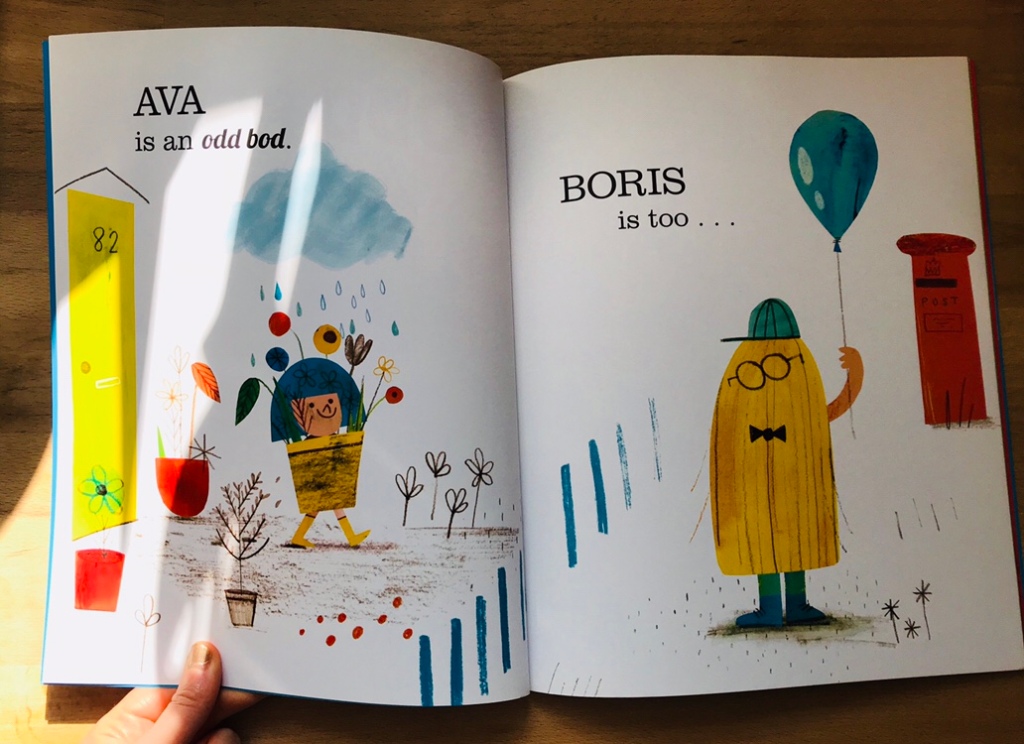 Ava is an odd bod

Clara, we’re not sure about.

The children’s author and actor, Steven Butler, who is best-known for The Diary of Dennis the Menace, isn’t interested in cute and sweet characters. This playfully rhymed ABC book is filled with every weird and wild children – odd one, peculiar one, bizarre one, quirky one, strange one, freaky one – you name it. My favourite is Percy who just won’t speak and Franklyn who is magnetic (literally).

What makes this hilarious picture book extra special is the Jarvis’ colourful and playful illustrations. His hand-drawing x digital collage is rendered in gorgeous colours, and his interpretation of the texts is imaginative and humorous that I can totally fall for. For example, Gertrude who sweeps and loop-de-loops in circles round her room wears a fish bowl like an astronaut (with water and fish are still in it).

But of course, the best part is the last one – Zelda. I won’t give away the twist, but it makes you winder if these odd bods are odd after all. I really like the funny yet reflective ending. Odd Bods reminds us that ‘odd’ is just an another quirk that make us an unique individual and something to embrace. Let us be odd!