It’s December. Time to share and read something festive and frosty. But this year I’m in the mood for something classic and bittersweet. Why not? So this month’s pick is Hans Christian Andersen’s The Steadfast Tin Soldier retold and illustrated by Joohee Yoon (Enchanted Lion Books 2016).

This classic story written by Andersen isn’t a Christmas story actually. Not so jolly either. But somehow I always associate this story with Christmas. Maybe because it has many toys in it and the main character is a toy soldier and it’s magical and full of adventure just like The Nutcracker. Probably you know it, but the story goes like this:

On his birthday, a boy receives a set of 25 toy soldiers all cast from one old tin spoon. One soldier stands on a single leg, as having been the last one cast there was not enough metal to make him whole. The soldier falls in love with a pretty paper ballerina who is standing on one leg with the other leg lifted. 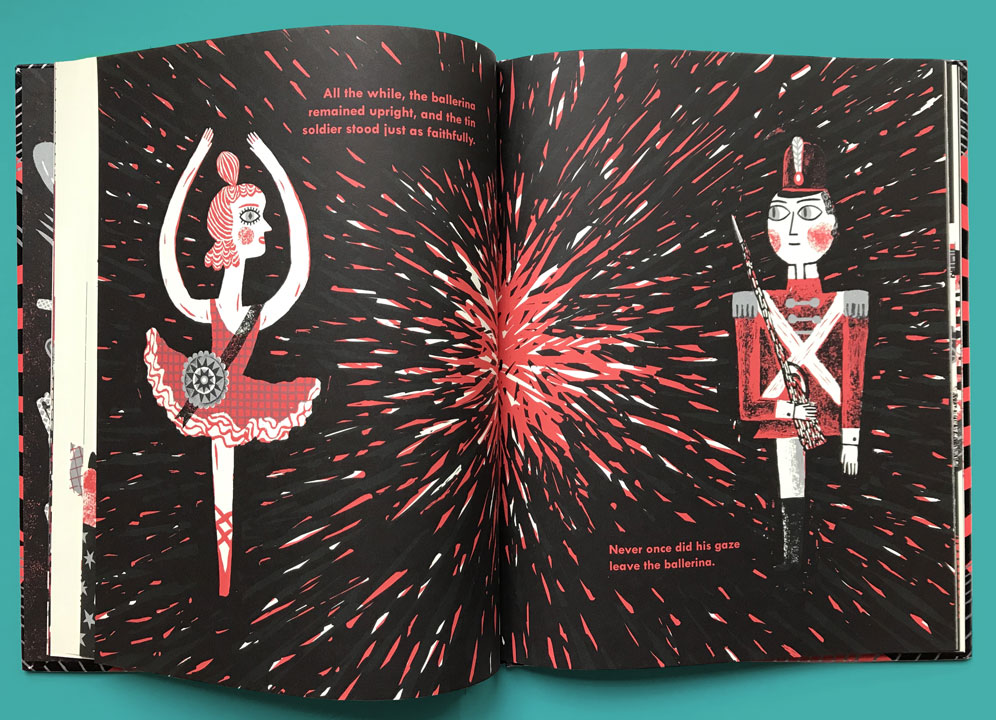 All the while the ballerina remained upright, and the tin soldier stood just as faithfully. Never once did his gaze leave the ballerina.

That night, a troll who also loves the ballerina, angrily warns the soldier to take his eyes off her. The soldier ignores him but it only made the troll angrier.

The next day, the soldier falls from a windowsill. Two boys find the soldier, place him in a paper boat, and set him sailing in the gutter. So the soldier’s nightmarish journey begins.  In the dark swears, he encounters a rat who demands to see his passport. Sailing on, the boat is washed into a canal, where the tin soldier is swallowed by a fish. When this fish is caught and bought by a cook who works in the house where the little boy lives, the tin soldier finds himself once again on the table top before the ballerina. 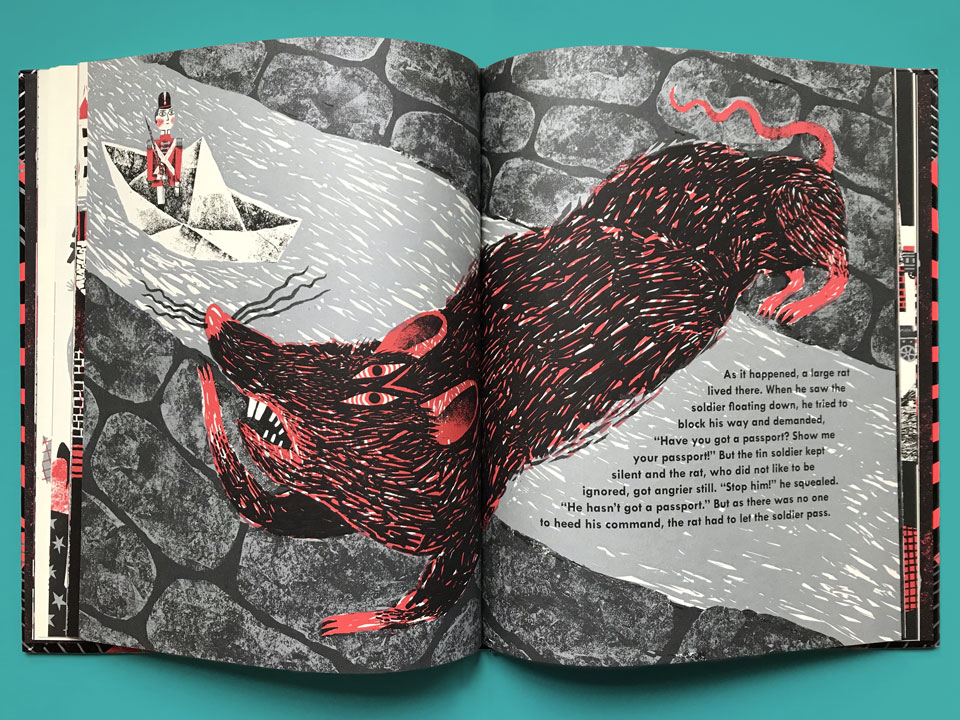 Inexplicably, the boy throws the tin soldier into the fire, which is most likely the work of the troll.

The flames danced around the tin soldier in shifting patterns, lighting him up. Already he could feel himself melting. Whether this was from the heat of the fire or the burning love he felt for the ballerina, he did not know.

Then, a wind blows the ballerina into the fire with him. For the briefest of moments, they were together before they turn into ash and a shimmering puddle. All that remain are the the soldier’s little tin heart and the ballerina’s spangle. 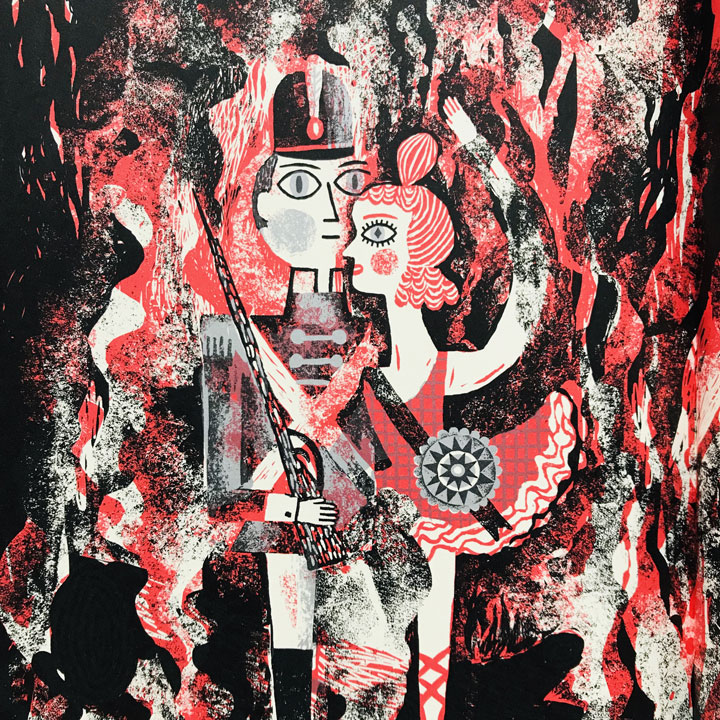 OK, there are some unconvincing plots in this story but it stands the test of time for reasons. It’s about being committed, devoted or even steadfast in the midst of some pretty incredible circumstances. It’s something to cherish in this fast-moving world. 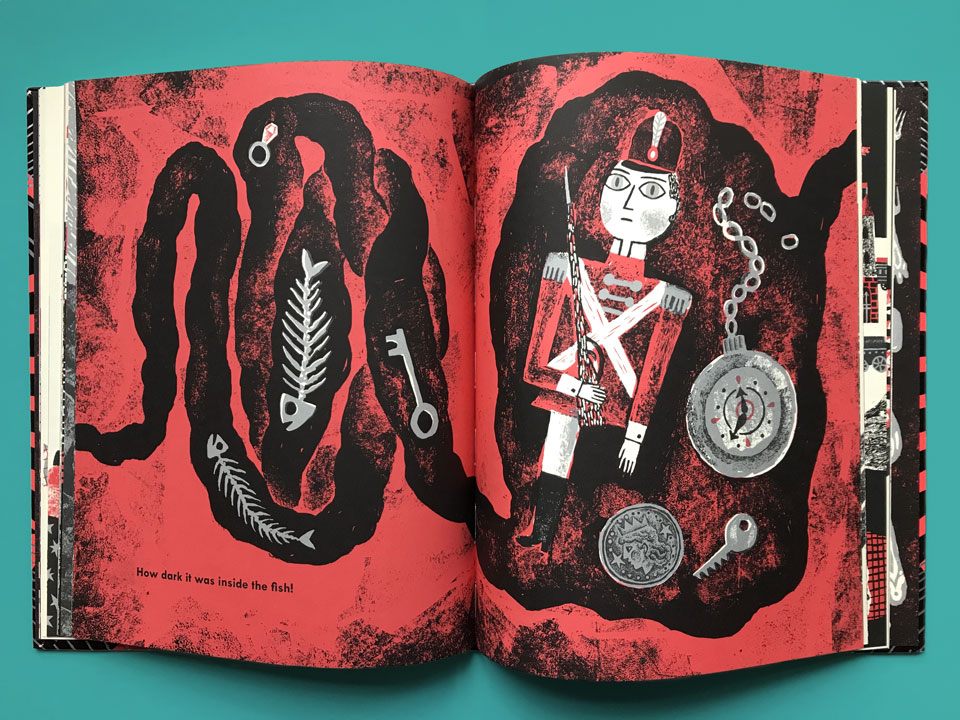 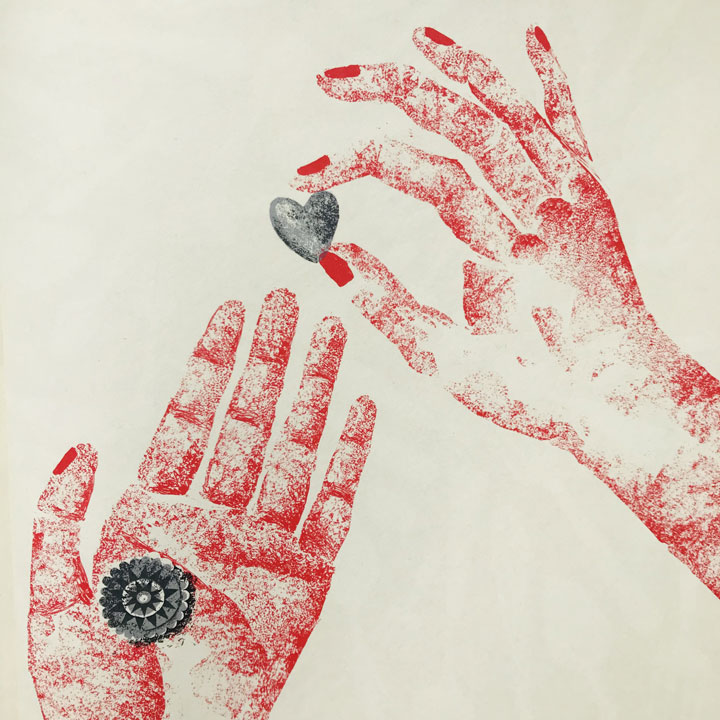 Most of all, the star of this book is Joohee Yoon‘s amazing artwork. In my opinion, Along Julia Sandra, Yoon is one of the hottest talents in the illustration world in the recent years. She’s an enfant terrible in the illustration world and her work is a tour de force. Her style is not really for typical children’s books. They’re weird (in a good way) and rather grotesque. Most of UK/US publishers would say it’s too scary for children (hence it doesn’t sell). But children ARE often attracted to something dark and scary. Take Grimm’s fairy tales for example. One of my favourite picture books was a how-to book to be a witch, which was full of ugly and scary (and funny) witches. Children are more resilient than we think but parents and publishers tend to be emotionally overprotective these days. So hats off to Enchanted Lion Books who believed in her and took the risk. Her work is bold and unique and most of all a great match to the great story. 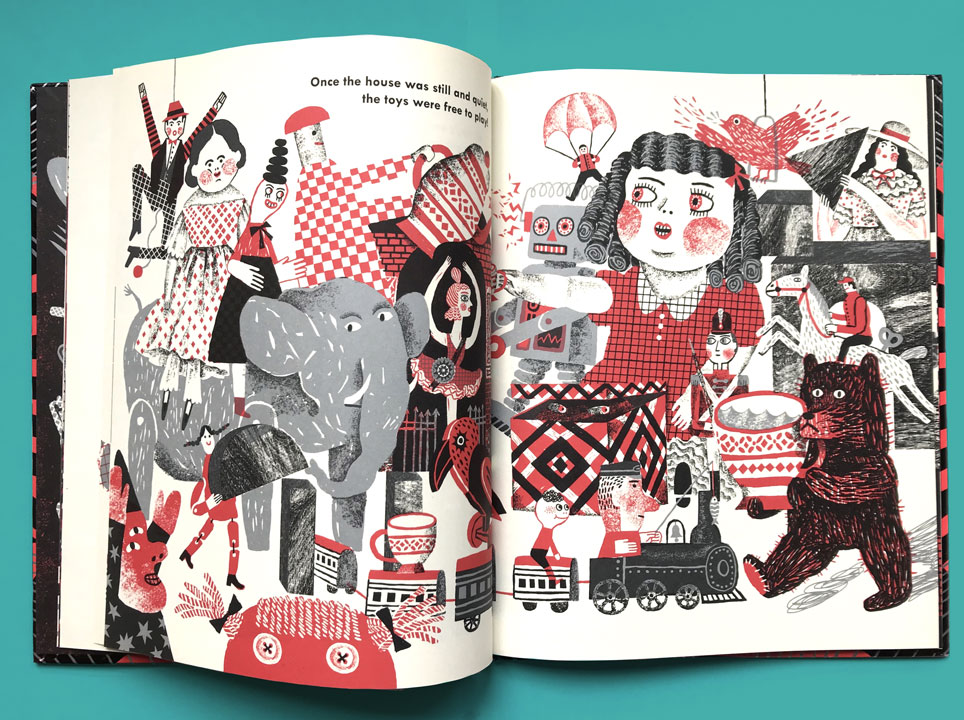