It began in the fruit and vegetable aisle in a supermarket, just like the story of the book itself. I’m talking about the journey of my debut picture book, Avocado Asks (Orchard Books 2020), a story about search for one’s own identity and finding peace with it. In this post, I’m going to share the ideas and process behind making this book and my experience as a first-time author-illustrator.

My guac-amazing three-year journey with my little avocado began with one simple question that popped into my head while I was doing grocery shopping – Is an avocado a fruit or a vegetable? Then I wondered what if an avocado itself doesn’t know the answer? That’s how I found a seed of the story!

This story sprouted and grew from the simple character idea. I could instantly feel a connection to the character in identity crisis. As a Japanese who lives in UK, I don’t feel quite like Japanese nor quite like British. I used to hate this feeling of not knowing where I belong. The character also reminded me of National Geographic’s gender revolution issue in 2017, which featured a trans gender child. (For more about the idea behind this book, read this post.)

The more global and modern our societies have become, the more fluid and diverse our identities have become, which is in my opinion something to celebrate. However, it’s a blessing and curse. Complexity comes with complication and confusion. Also, I believe the main issue lies in our tendency to put labels on others and ourselves. So I wanted to write a story for all the kids in the modern world where identities are not as simple as they used to be. It doesn’t really matter whether we’re Japanese or Jamaican, boy or girl, gay or straight as long as we’re happy with ourselves.

I wanted to make this story about a literal and metaphorical journey. That’s why, although the story is set in a normal supermarket, I consciously made it look like Avocado is exploring through the jungle. 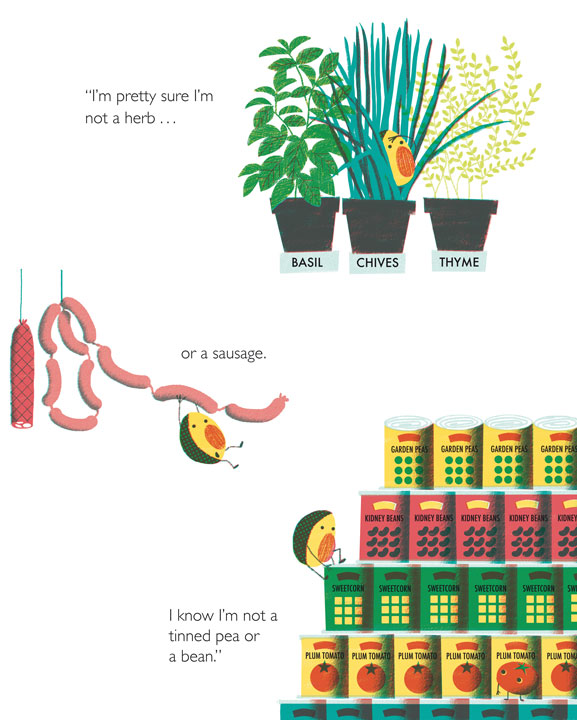 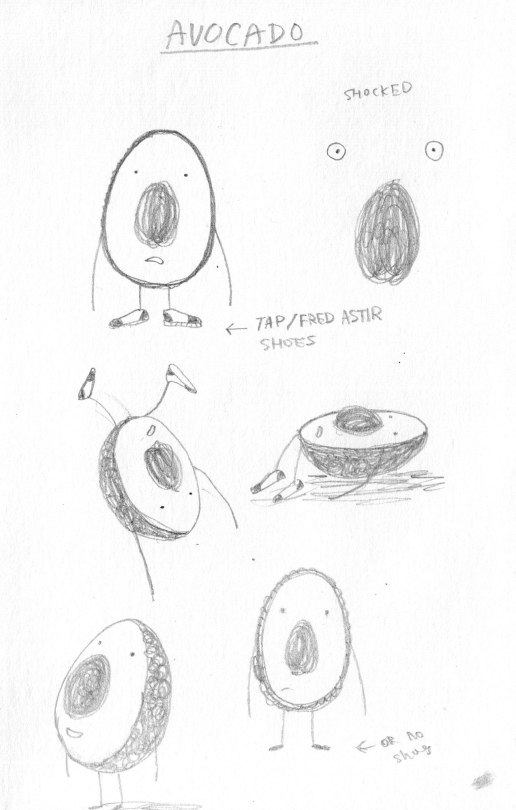 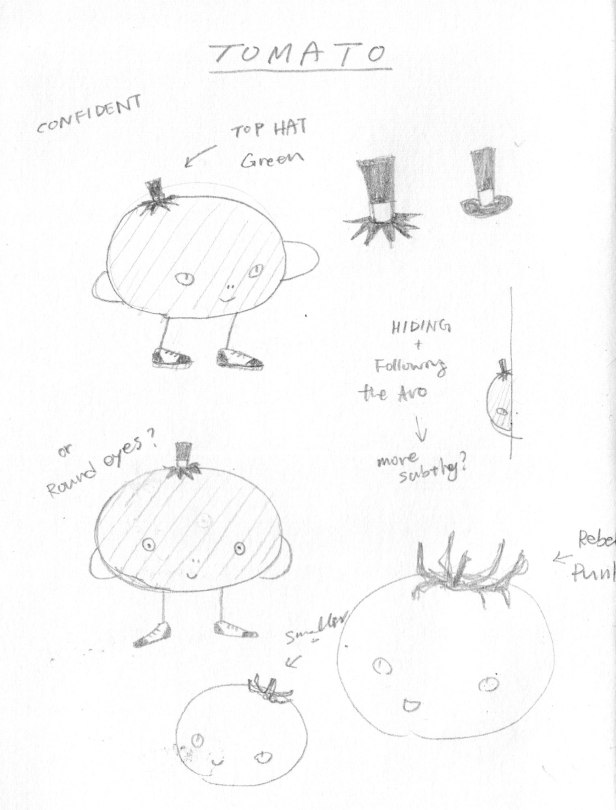 The next stage was character designs. When I started thinking about the avocado character, I always pictured the pit as its nose, instead of its belly like most of avocado characters out there. Maybe because avocado is creamy and mild in taste, I imagined him as someone gentle and naive even; so I drew my avocado with the big nose, dotted eyes and a small mouth. I guess it was the right decision. My editor Emily said, “It was love at first sight when we met Avocado”.

On the other hand, tomatoes are fresh and tangy and I always thought the tomato sepal looked like spiky hair, so I imagined my tomato as someone frank/sharp and confident.

I love the aesthetic of screen and woodblock printing, Japanese ukiyoe in particular. I usually work with three to five colours and different colour layers are merged onto one page in the computer to give the screen print look. I’m obsessed with colours so choosing a colour palette is always the most difficult but fun part. I tried different combinations but in the end I fell in love with the combination of sea green, apricot yellow and deep coral pink. I was aware that my avocado didn’t look realistic but it just felt right. 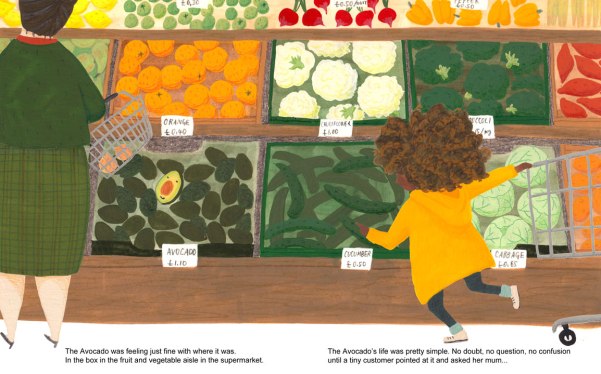 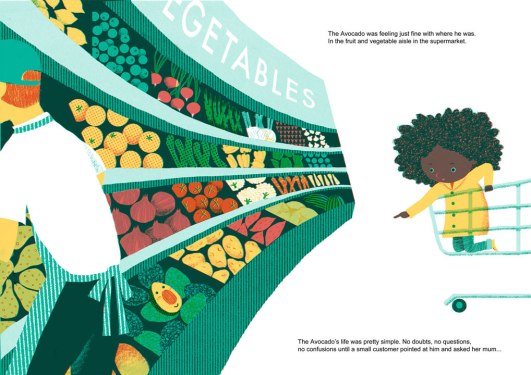 During the period of making Avocado Asks dummies, I was going through self-discovery. Well, not really…but I was in the midst of finding my style. When I was making the first dummy for this book, my weapon of choice was gouache paints and I preferred subdued colours. But after the Bologna Children’s Book Fair 2017, I started experimenting with digital drawings with bolder and brighter colours. It was the second dummy updated with digital artwork that caught publishers’ eyes at the BCBF 2018.

Seeing the very first colour proofs was a special moment. Because I worked digitally, it was so affirming to see my work as something I could touch. I was like “Oh my. It’s really happening. I’m making a book!” My art director, Paula, picked wood free paper and we were glad that the texture and colours came out really well.

January to March 2018 – the second dummy 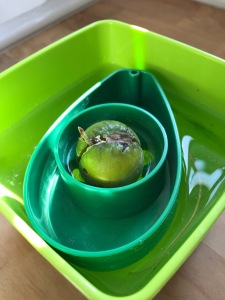 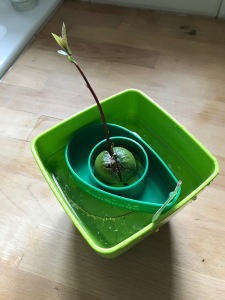 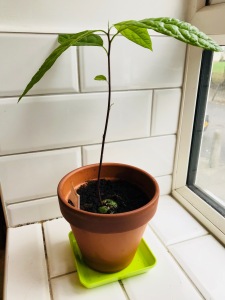 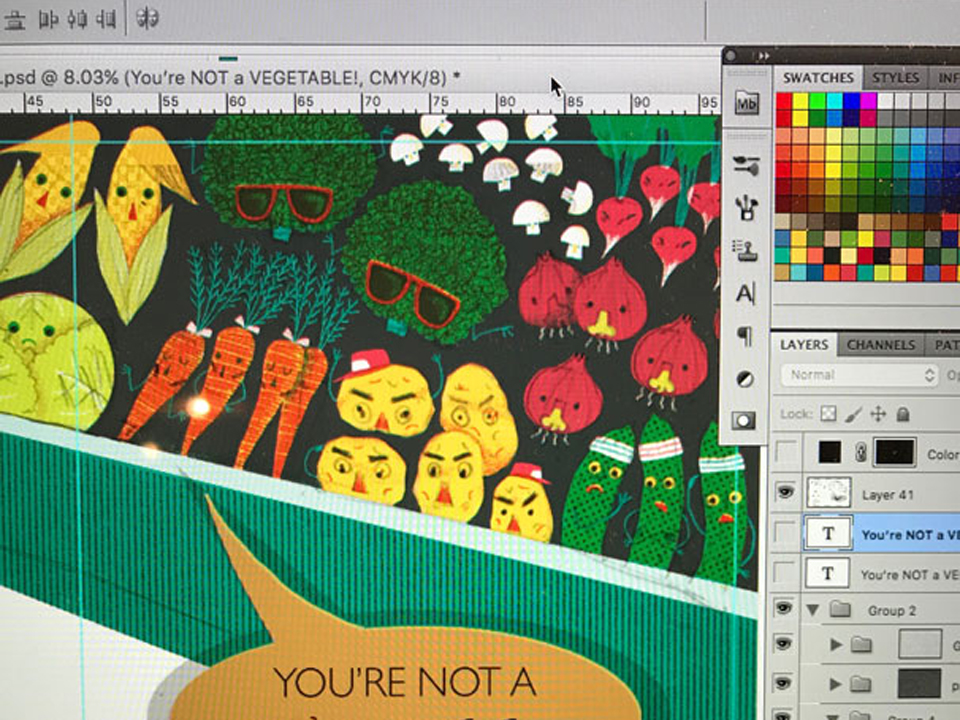 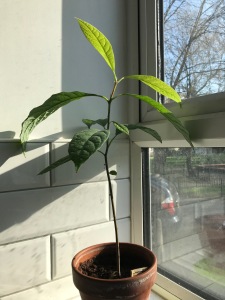 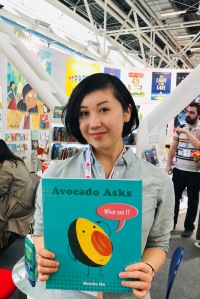 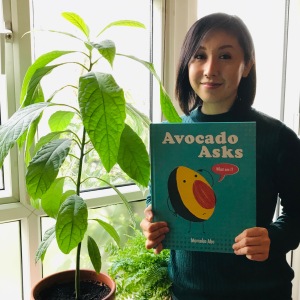 The biggest challenge I faced with this book was definitely the cover. At the time of writing this post, I’ve illustrated 4 books and in general I find cover design process is the hardest because it is the most involved part of a book with input from all parties (e.g. marketing and rights departments). Originally I wanted something elaborate but that wasn’t what my publisher had in mind so all my initial ideas got rejected and I felt a bit dejected to be honest. But my editor Emily and art director Paula invited me to a chat. We talked, exchanged our ideas and at the end we designed something all of us were happy with. Ultimately we designed something simple yet punchy. (↓ sketch, proof copy and the final cover) 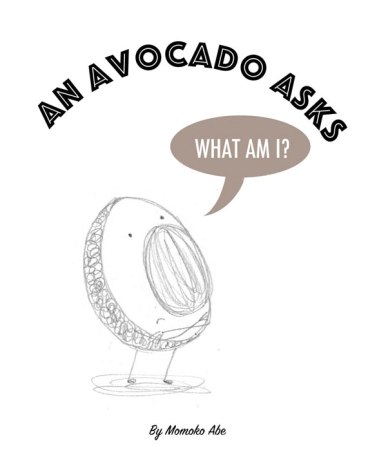 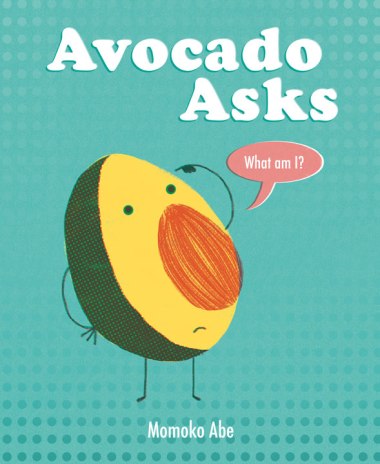 I showed the dummy to publishers at the BCBF18 and through my agent. I was very chuffed that multiple publishers showed interest in the book. At the end I decided to go with Orchard Books (an imprint of Hachette Children’s Group), who greeted me with this at our first meeting at the Hachette HQ.

As this was my first book, I had never worked with publishers before so everything was a learning curve, but Emily and Paula turned out to be wonderful people to work with. Picture book making is teamwork and your team is there for you to make your book as best as it could be. Paula pushed me (in a very very nice way) to make things I had thought good enough to something even better. For example, this fruit spread bounced back and forth between me and Paula a few times. Looking at the final artwork, I appreciate Paula’s patience and persistence, and you know what? This is my favourite spread in the book! You see here the before and after. 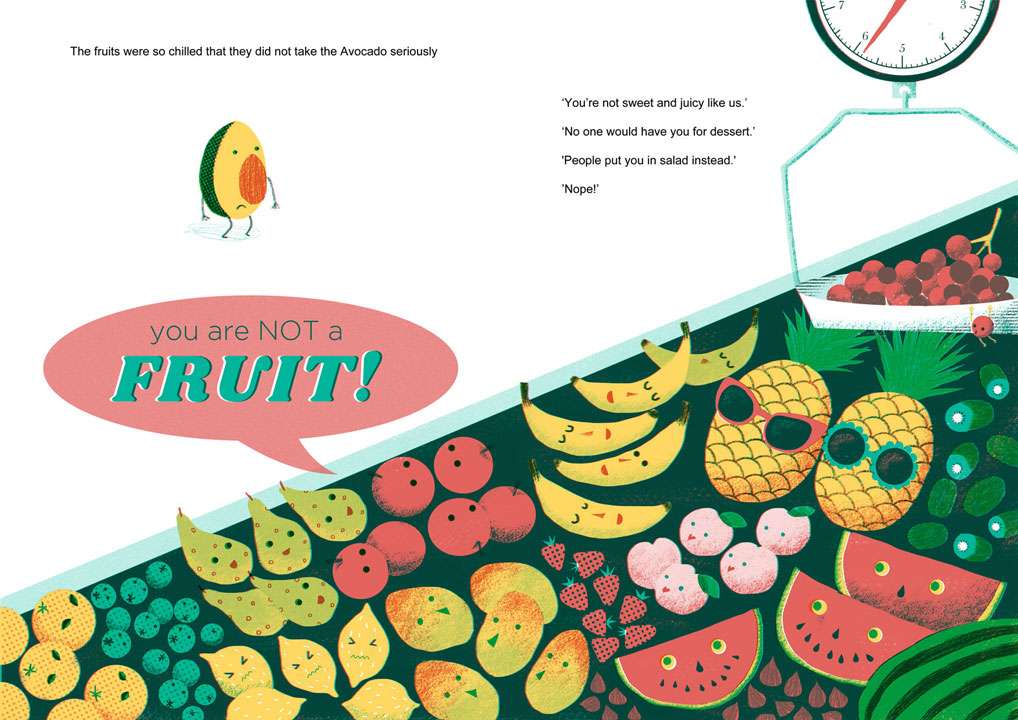 I think the hardest part of working with publishers is to learn when to stick to your guns (especially when you hate confrontations like me) and when to listen to your publishers (especially when you are not good at taking criticism like me). Undoubtedly, I learned a lot while making this book and I was so lucky to develop my first book with the wonderful and supportive team of people. Hope you will like the book as much as I do!

p.s. If you’re interested to know how I got into the children’s book world, read this post.