I started this ‘Food from Books’ project for my portfolio. On making a portfolio, many illustrators and publishers in children’s book industry advised me to include ‘children’s book staples’ (pirates, dinosaurs, spacemen, aliens, dragons, monsters etc etc) as well as children and adult characters. As I was building up my portfolio from scratch, I decied to illustrate classic fairy tales and children’s classics featuring those ‘staples’.

Then, I thought, ‘How can I make it unique and show my personality?’

The answer was easy – food. I love food. I love watching, reading, talking and thinking about food, not to mention cooking and eating them. Ironically, I’m actually more famous among my friends for my baking skills than for my illustrations. (I have another blog The Cat’s Whisk to share my recipes and baking adventures. Please check it out!)

I’ve been obsessed with food ever since I was little. My earliest and most vivid book memory is the massive golden yellow pancake in a Japanese picture book called Guri and Gura. To this day, every time I came across scenes with food in a book, no matter how small, it excites me. So, I decided to illustrate the scenes featuring food for my portfolio. That’s how my ‘Food from Books’ project has started.

I picked Emil and the Detectives by Erich Kästner just because I’m a big ‘whodunit’ fan who grew up reading and watching Hercule Poirot and Miss Marple series. I was like ‘A detective story for kids? Great!’

Emil and the Detectives is a 1929 novel for children set in Berlin, by the German writer Erich Kästner. The protagonist Emil falls asleep on a train to the capital city where his grandma and his relatives live. When he wakes up, he finds the money his mother gave him has disappeared, and so has his suspicious fellow passenger ‘the man in the bowler hat’. Emil quickly jumps off the train and his quest to catch the man has begun.

Emil soon teams up with the streetwise Gustav, a boy known as The Professor and very resourceful local boys. However, the Operation Emil turns into a long waiting game (it goes on overnight!). What keeps them going is food supply the kids have procured from home.

“Meanwhile the five boys had returned with packets of food. Gerold had brought a whole liver sausage, which he said his mother had given him. All five had warned their families that they might be out late. Emil shared out sandwiches, and kept the sausage for another time.” 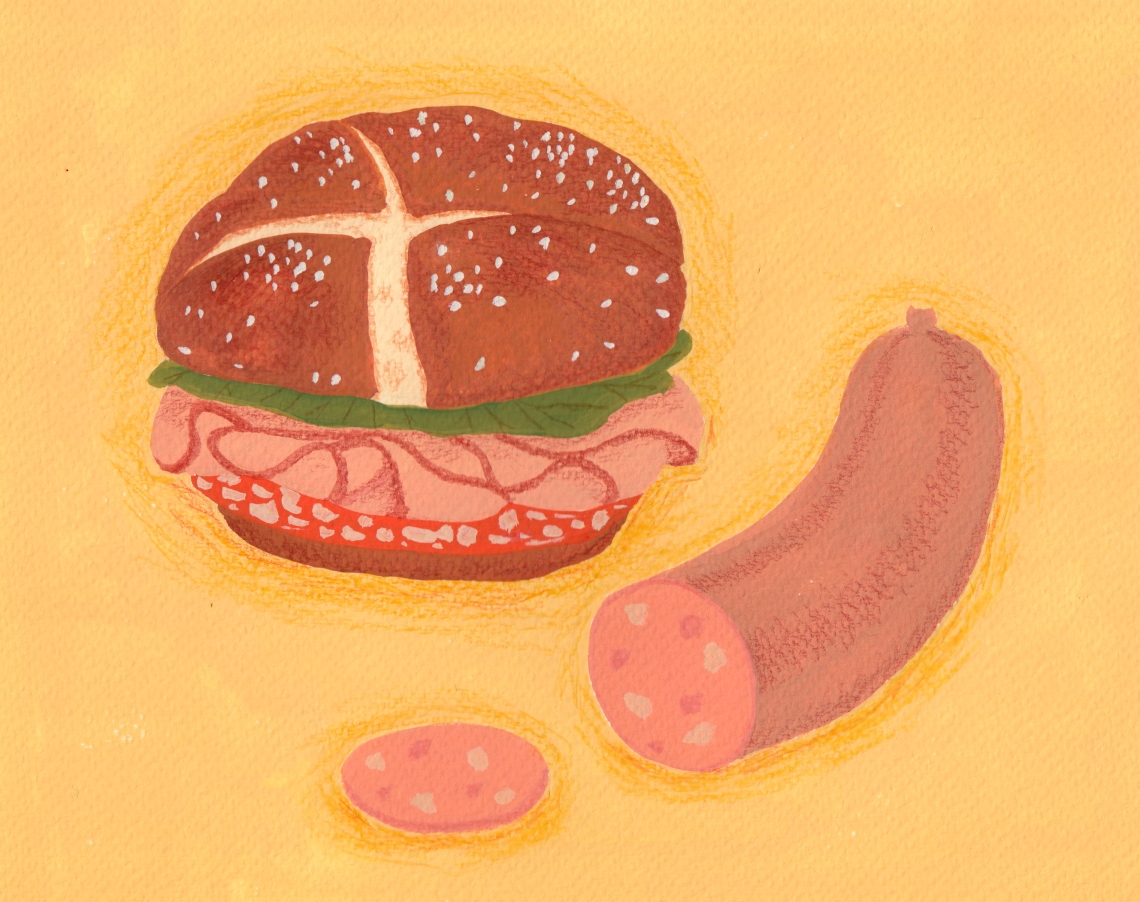 I like the determined and good-natured country boy Emil, but my favourite character is his cousin Pony. She is a girl with heart of a woman. The way she talks like a grown-up woman and her queen bee personality make me grin. She is also a bit of a heartbreaker, too!

“[Pony brought the boys some breakfast – coffee and rolls.] The boys had all had a good breakfast already – Emil had had his in the hotel – but no one wanted to hurt Pony’s feelings, so they drank the coffee out of the cup without a handle and ate the roll as though they had not seen food for a month. […] ‘Ah,’ said Pony. ‘It makes all the difference when there’s a woman in the house.’”

[Spoiler Alert!] Toward the climax, the little detectives manages to corner the thief, using a quite ingenious (and a little scary) tactic. There is even a Sherlock Holmes-esque moment to prove the man’s crime.

To celebrate the success of Operation Emil, the kids throw a party. The centrepiece of the party is the Aunt Martha’s famous apple cake. What’s better way to celebrate than good cake and hot chocolate!?

“It was certainly a noisy party […] Pony was running from one to another with a huge pot of hot chocolate, and Aunt Martha’s apple cake was a dream!”

Emil and the Detectives is an exciting urban adventure story filled with colourful and convincing characters. It’s not just about catching a bad man. What Emil goes through is amazing growing up experience – visiting a new environment, seeing different way of life, encountering with all sort of people; both good and bad, making friends, learning team work and solving a crime. And he experience all these within two days! All I can say is I’m glad to have discovered this book.